What to Do When You Inherit a Project, as Illustrated by Mission: Impossible - CertWise Project Management Training

What to Do When You Inherit a Project, as Illustrated by Mission: Impossible

Ethan Hunt has it easy in Mission: Impossible. He merely needs to stop bad guys in a series of explosively-implausible yet entertaining ways. You, on the other hand, have inherited a project. And the safety of the world – I mean, the project – is at stake.

Your mission as a project manager, should you choose to accept it—and you do, because unemployment is so 2009—is to pick up where someone else left off.

Because you’re a project manager, you’re up to this new challenge. But it’s not going to be easy. Suddenly, you find yourself in the middle of your own personal Mission: Impossible… leaving out the pay check, plotline, special effects, Tom Cruise’s good looks, and a red carpet premiere.

So keep this article handy before you get to work. We promise that these instructions, like your project, won’t self-destruct in five seconds.

What Ethan Hunt does:
Surveys the Vienna State Opera house using his own eyes, along with the eyes of his fellow operative, Benji.

What you should do:
Ethan won’t go on a mission without gathering as much intel as he can. So should you. If it’s at all possible, talk to someone who knows the project’s ins-and-outs, such as the prior project manager. If that person is unavailable (we won’t ask why), it’s time to do some legwork.

According to James, a San Francisco Bay Area project manager, “You have to do a top to bottom assessment, a very honest one, and ask where we are exactly with every one of the deliverables. You really have to take [the project] apart and figure out what [the previous project managers] did…and didn’t do.”

Victoria, a Seattle-based producer whose job includes project management, recommended that you approach the project with a willingness to hear people. Hold back on the temptation to immediately force your agenda. “Project managers tend to jump in when there’s a problem before getting their feet under themselves,” said Victoria. “To have better results later: Listen first, act second.”

What Ethan Hunt does:
Commit. Even if he has to leap onto a moving airplane.

What you should do:
The temptation to make an immediate impact is strong. After all, the bosses are looking for you to put the cart back on its wheels and to avoid losing momentum. Due to the pressure to succeed, you may feel that time spent learning the ropes is time wasted. Or at least time that you don’t have to spend, since everyone is waiting on you to stop a team of snipers to reach a milestone.

Your assessment should show the deadlines, deliverables, and people on whom your schedule relies. With that information, you should have at least a picture of what needs to be handled immediately; you should also have an idea what the next steps, and next deliverable, should be.

Victoria said that after she listens to her stakeholders and determines her course of action, she “commits” quickly, to remain on track.

Once you’ve inherited a project, for better or worse, it’s now officially yours. Own it. Act accordingly. As Victoria said, “Don’t be afraid to be part of the team.”

To move forward, you may have to walk back

What Ethan does:
Benji has been captured. In order to rescue him, Ethan has to capture the British Prime Minister.

What you should do:
Deal with the realities, however unpleasant. James said, “If work has to be undone, it has to be undone.” Sometimes the project went down a path in such a way it cannot possibly succeed; in that case, you may have to restructure the whole thing. “Ask, ‘Where are we exactly with every one of the deliverables?’” James advises.

But don’t get distracted by the things that don’t impact progress. “Honestly, there will be a lot of finger-pointing,” says James. “Really, it doesn’t matter who’s to blame why things are off track. You just need to get past that.”

This may add extra work to a project and may make you less popular with your team. But achieving a deliverable, or even a single milestone, motivates everyone to move forward. (Note: Taking ownership and integrating with the team makes this process smoother.)

What matters is that you’re going to get the team back on track and to make the user or client happy. And that’s why you were hired for the job in the first place.

What Ethan Hunt does:
Ethan saves the Prime Minister, but lets the CIA director take the credit, which turns the once-hostile director into an ally.

What you should do:
Go out of the way to earn the project teams’ trust and respect. To do so,  Lulu LaMer, development director at Funomena, sits down with each contributor and asks questions, both about themselves and about the project. Questions like: What are the biggest risks to the project? and What do you need to achieve success? “I’m tenacious about asking questions,” she said.

LaMer is not just gathering facts. She’s showing her team that she’s open to their ideas and suggestions.

If her team members aren’t naturally talkative, she asks them about their hobbies and families. “It doesn’t matter if it’s apparently wasting time, talking about something that’s not relevant to the job. It’s an investment in a relationship with them.”

LaMer strives to create an atmosphere of trust, so her team members know she will help them if they need it. This atmosphere of trust works to her advantage, too. “If it comes down to having to make some decision that sucks for everyone (from moving a deadline to canceling a game), they can both challenge me and ultimately trust I’m making the best decision I can,” she said.

What Ethan Hunt does:
As Ethan confronts the leader of the Rogue Nation, he offers himself as a hostage in exchange for two team members.

What you should do:
Trust the team to know what’s important. On the very first day of work on Victoria’s new project, she discovered that her engineers had come in over the weekend and implemented a pet project that wasn’t on their to-do list. While most project managers would lose their cool, Victoria worked it out: She had her new team wrap up their project as quickly as possible.

Victoria said, “I asked myself, ‘How can we take what we have and make it as good as it can be, as quickly as it can be, so we can put it aside for now, return to the main goals, and reevaluate it when the time comes up for future?’”

What she didn’t do: Cancel the surprise project, berate her team for going off-piste, or call off Christmas. That’s because the work was important to her engineers. “You want to allow [your stakeholders] the opportunity to tell you what’s important to them. Then you can take that information and weave it into the whole project as you push it towards its goals,” she said.

Remember: Inheriting a smooth project is as challenging as a difficult one.

What Ethan Hunt does:
Stick to the plan, Ethan. Ethan? Damnit, Ethan!

What you should do:
Keep in mind that not every project you inherit is a mess that needs fixing. No, it could be worse: If the project is running smoothly and on schedule, any input of yours can derail it. Change as little as necessary – except for the parts that need changing.

James once took over for a project manager who went on maternity leave. The project manager spent little time with him before she left. James said, “I had no idea how she structured anything, or who her vendors were, or what worked for the client.”

“I had to spend a lot of downtime figuring out how her mind worked,” James said. “I figured out how she thought – and it totally worked. You have to figure out how to be that person you were taking over for.”

He did. And James saved the day, just like Ethan…and like you, once you delve into this inherited project. Good luck on your Mission: Possible. 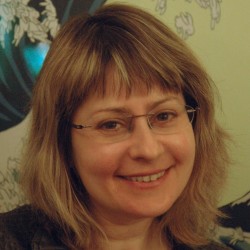 Carol Pinchefsky
Carol Pinchefsky is a freelance writer of technology, games, and geekery and has written for the New York Times, Forbes.com, PC Gamer, IGN.com, The Fast Track, SmartBear, and many others. Currently, she blogs for Blastr, the website of the SyFy Channel. She lives in New York City with her husband and their books.

Latest posts by Carol Pinchefsky (see all)
Share this post
FacebookTwitterGoogle+LinkedIn
Related posts
Practical Suggestions for Improving Team Communication and Project Planning
June 30, 2016
All I Need to Know About Project Management I Learned from THE MARTIAN
June 9, 2016
4 Ways to Get Your Project Back on Track
June 6, 2016
31 Ways to Know Your Project is Doomed
May 23, 2016
5 Project Management Fundamentals Learned the Hard Way (So You Don’t Have To)
May 16, 2016
4 Study Tips to Increase PMP Success
April 29, 2016